We felt a more extensive look at our beaches were necessary , here are some of our favourite beaches ...

El Palmar
10km. from Vejer. Vejers closest family beach is a 12km. stretch of golden sand. The centre area has a few restaurants & some unintrusive houses however to the south & northen extremes unaccessible by car the cows graze overlooking the dunes. Empty most of the year a perfect place for lazing, walking or surfing. An exposed beach it is affected by strong winds. All services at high season & a few restaurants open most of the year .
During July and August this beach is fully equipped to handle an onslaught of beachgoers from across Spain and Europe with services including lifeguards and first-aid medical staff, restrooms, showers and tourist information. there are numerous beachside restaurants ready to serve fresh fish and drinks.

The wave season lasts form October til May. There are no stones in the water, apart from the northern end close to the Torre Nueva (the old lighthouse). With stronger swell you shouldn't go swimming here to avoid injuries from the stones. 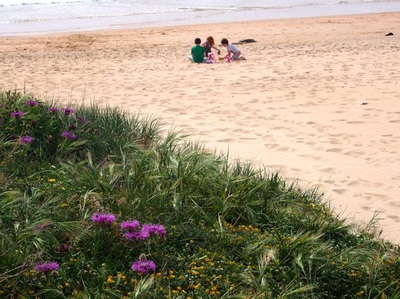 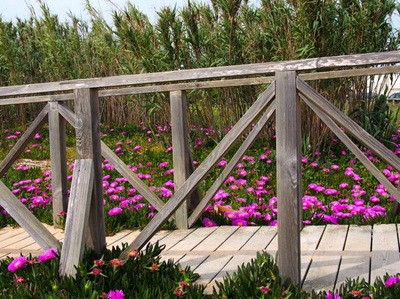 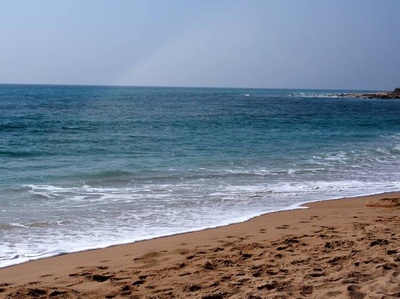 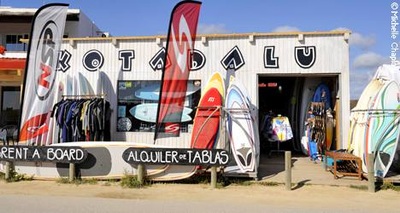 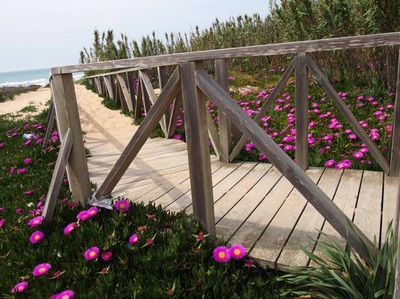 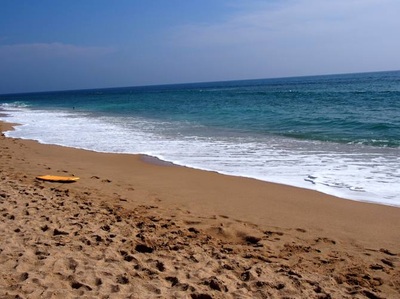 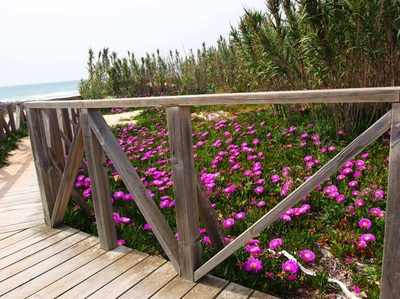 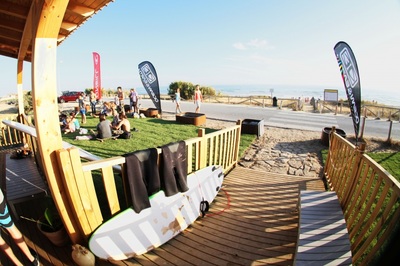 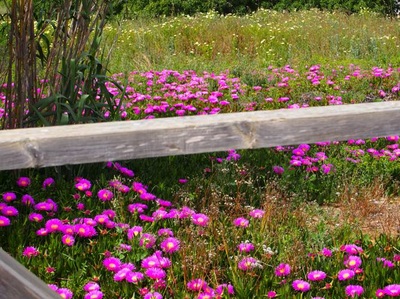 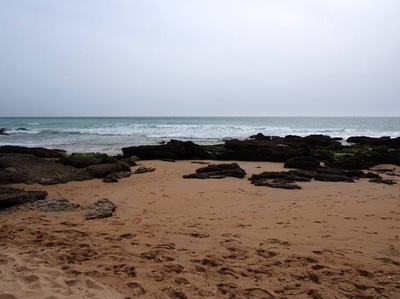 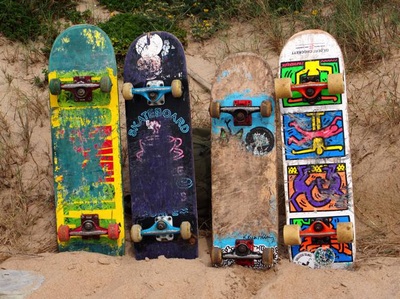 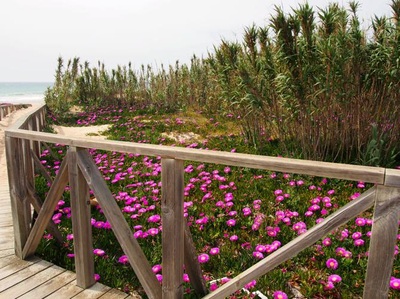 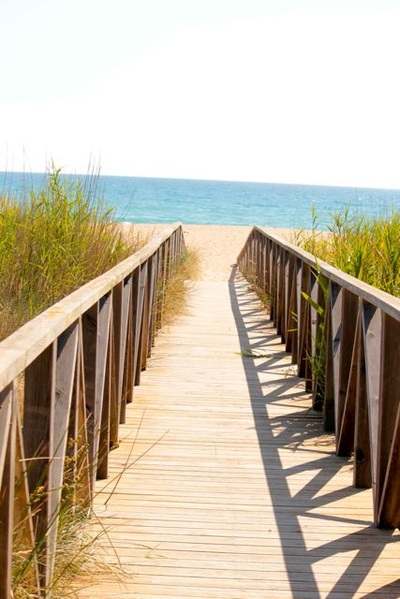 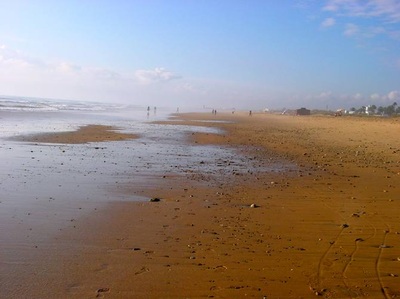 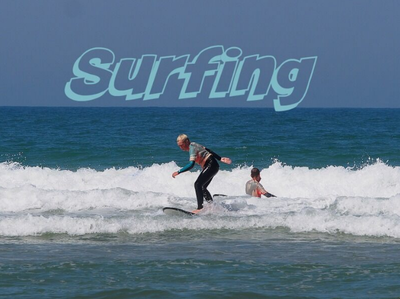 Zahora beach
12km. from Vejer. Another beach with complicated access. Follow the signs to ‘Zajorami’. An extension of ‘Playa de las Almas’ go here if you have kids as in low tide the reef locks out the sea turning the beachfront into a huge natural swimming pool. 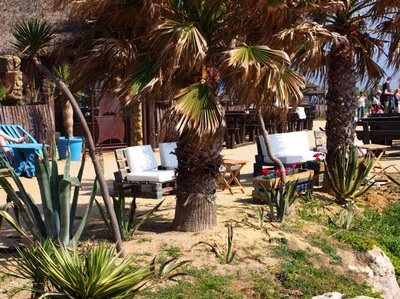 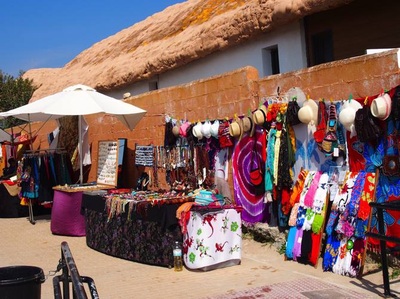 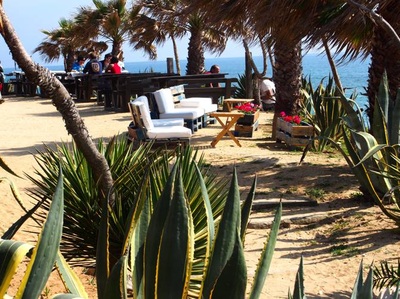 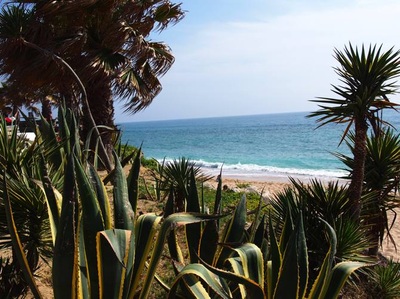 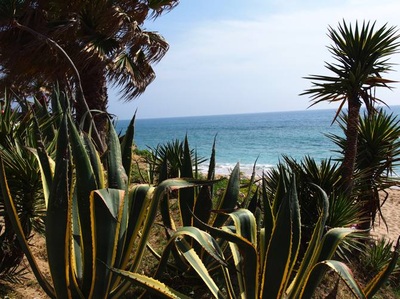 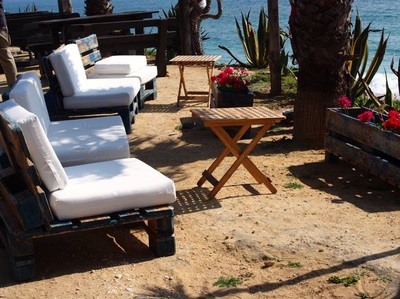 PLAYA CHICA
A small family beach, very popular with local residents. Located by the causeway called Muelle de Rivera to the west of the town.

PLAYA DE LOS LANCES
The 10 km of white sandy paradise for which Tarifa is famous. Located north of the town as far as small headland on which sits Torre de la Peña. The beach and the pines behind it are officially protected as a Natural Area. Location of 2001 world kite surf championships.

PLAYA DE VALDEVAQUEROS
​Stretching from small headland on which sits Torre de la Peña near the Hurricane Hotel to the huge dunes which stretch across the beach at the headland known as Punta Paloma. Location of annual world wind surf championships. A small lagoon lies behind the sand at the north end.
Playa del Pirata
The most famous beach in Caños de Meca, 12km from Vejer de la Frontera, is called Playa del Pirata - Pirate beach. Swimming here is free of dangerous currents. Bars and restaurants can be found at the beach.
It is located in the center of Caños de Meca, below the Chiringuito La Jaima, which is situated on a cliff above this beach. Before you drive back to your accommodation, we recommend to have an "apres-beach"- drink in this very attractive place.

Trafalgar Bay
14kms. from Vejer the beaches here are overlooked by the imposing Trafalgar lighthouse. This is of course the scene of the famous battle & the ‘Playa de la Almas’ (the beach of Souls) gained its name after the fight was over & the bodies washed up on the coast. Two beaches flank the promontry. The ‘Almas’ beach is very exposed to dangerous currents while the ‘Playa Trafalgar’ is protected.

Mangueta beach
11km. from Vejer. Well done if you find the access via the ‘Bar Saboy’ between El Palmar & Zahora. Little parking but a small bit of undisturbed paradise most of the year.

Bolonia
Popular with Sunday day trippers, but quiet in the week. Large sand dunes to the north and military land ensure it will always remain totally undeveloped. Visit the ruins of the Roman town . The village to the south is waking up to tourists very quickly and bars and hotels are opening up.
The large bay is reached from the narrow 7km road CAP 2216 and is reached by a road passing over a col between two rocky hills, the Sierra de la Plata (459m) and the Lomo de San Bartolomé (444m).
Top